Colouring in for Mindfulness: Wintery illustrations 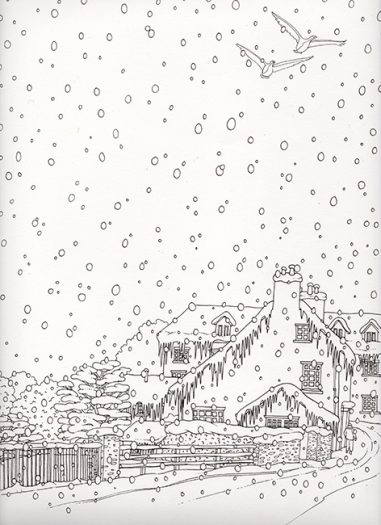 Illustrators like me get asked to do various jobs which aren’t directly related to sciart and natural science illustration.  These are often varied, different, and fun.  This is because they call for a very different set of skills than my regular wildlife and plant illustrations.

A recent job in this category was to illustrate “Art for Mindfullness: Winter Wonderland”.  It’s an adult colouring book for HarperCollins.  There are sixty illustrations on a wintery theme. 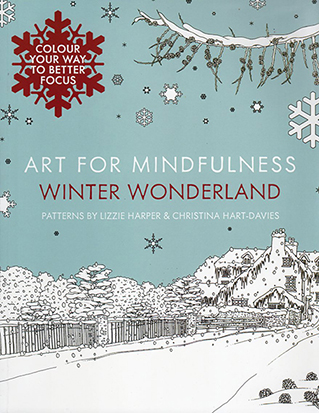 My first move was to call to friends across the globe and beg for their snowy, wintery photos for reference.  Thanks to modern technology in under a week I had hundreds of lovely wintery images to work from.  Thiswas lucky, as I was commissioned on a sunny day in March!

Next, I made an extensive list of possible subjects with the editor.  We went for a mix of animals, outdoor scenery, and festive scenes.  Cosy interiors, snowflakes, and a couple of cooking themes.  These had to appeal to an American and a European market, and equally importantly had to be stress-free, so that the person doing the colouring in could benefit from the calm and reflective space to colour, rather than being stressed by busy shopping scenes or outdoor extreme sports.  The book also includes inspirational and calming quotes on the reverse of each colouring-in page.

I found an amazing photographer and academic called Michael Peres who specialises in photographing snowflakes under the microscope, along with other aspects of bio-imaging.  He was generous enough to allow me to draw heavily on his work for this book. 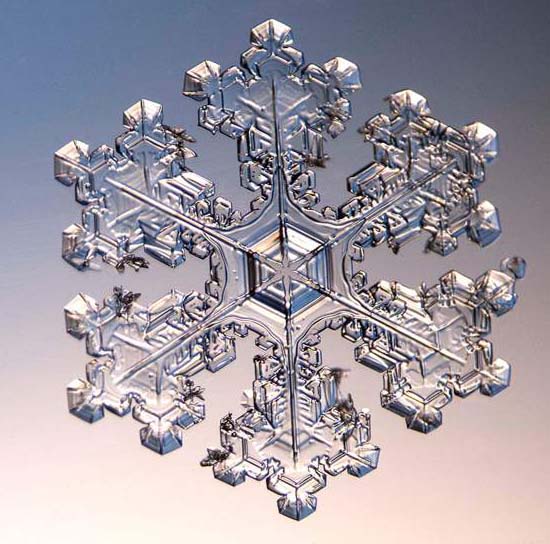 And here you can see the snowflake drawn up for one of the colouring in pages. 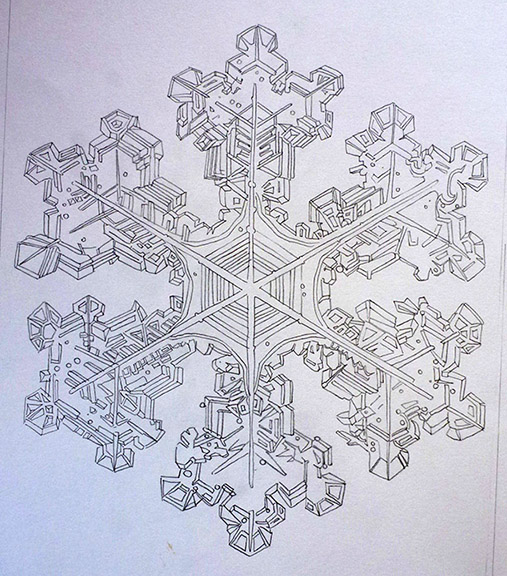 A friend sent me a photo of a snowy bridge which I loved, but to make the illustration work I had to combine it with several other shots and ideas so that the water could be included. 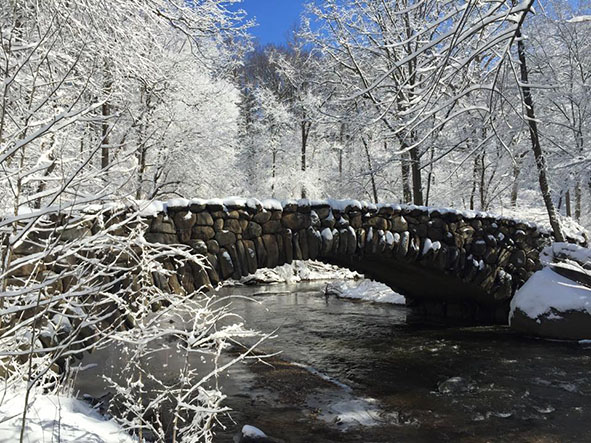 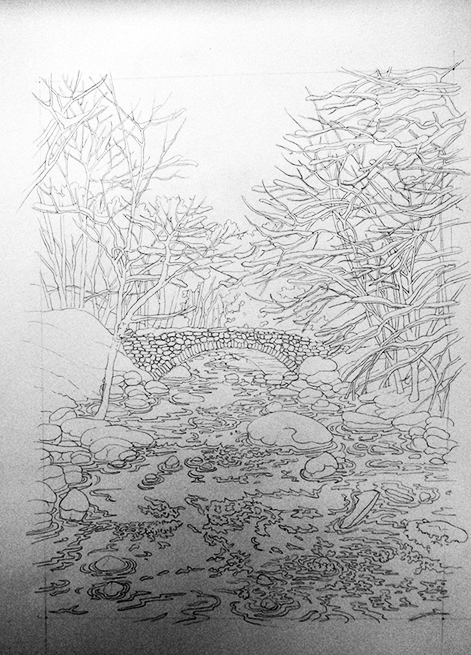 We knew we wanted to include a sledge.  We didn’t want to include people as this might lessen the feelings of peace this book aims to encourage, so a child’s mittens and hat on a toboggan seemed a good idea.  As you can tell, there was no snow under the sledge when I took this photo for reference in the garden! 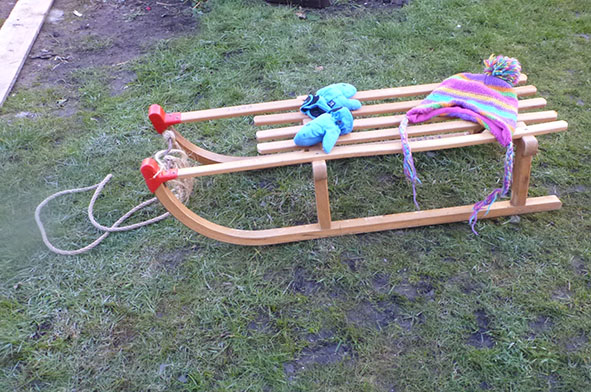 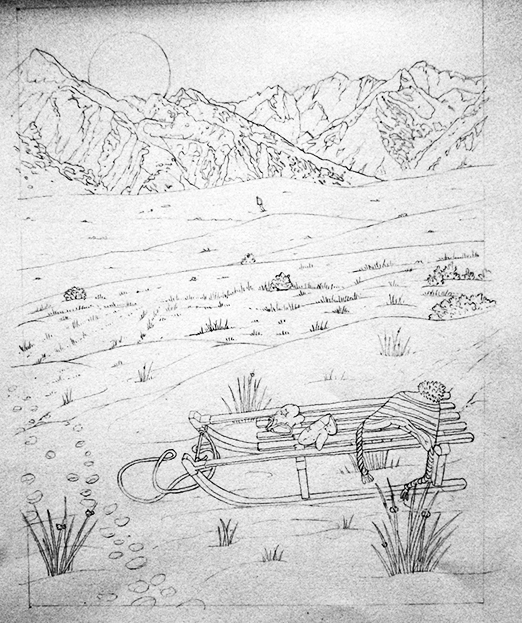 A house in a snowstorm

A friend who lives here in Hay-on-Wye sent me a photo of her house in a snow storm.  It’s such a perfect shot that I knew it’d work.  I added icicle to the house and swans and snowflakes to the sky.  I replaced a tree with some snow clad buildings. 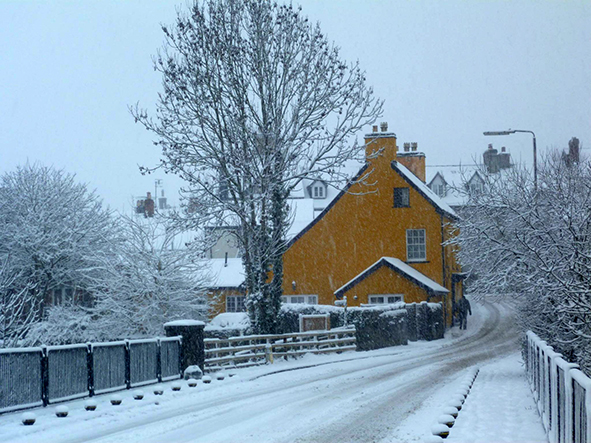 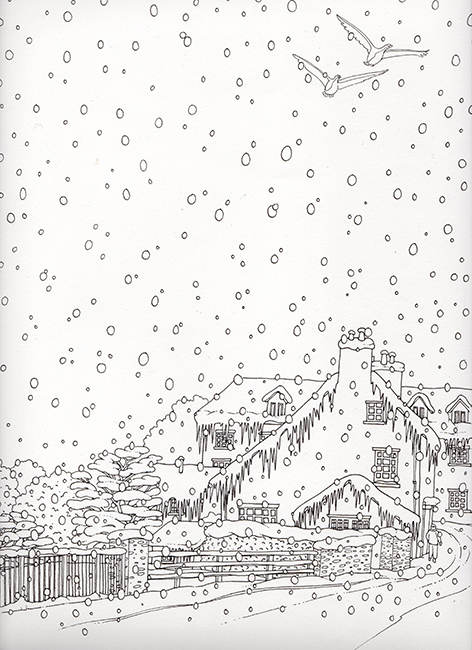 Although I was very pleased with the illustration I was amazed with how well the designers had used it for the cover of the colouring in book!

I finished the illustrations in June, and despite having loved the job was quite relieved to turn my back on snowy vistas for a while.  I think we managed a good mix of subjects, but there were moments when I simply drew a blank as to what other wintery scenes we could include!

Over all it was an interesting and fun job, and made a big change from my usual animal and botanical work.  So if they rang and asked if I’d like to do another colouring book on another theme, would I say yes?  I believe I would.  On condition that there didn’t have to be any snow in the pictures!