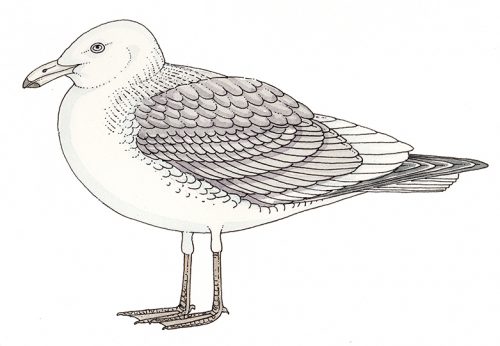 Sometimes commissions for natural history illustration or botanical illustration can be really straight-forward and simple.  I recently had a job for Bloomsbury Publishing which fell into this category.

Bloomsbury needed a few simple illustrations for their upcoming publication, “Gulls of the World” by Klaus Olsen.

These were to be pen and ink line drawings for anatomical reference.  They’ll be reproduced in black and white.  The art editor provided me with lots of reference to work from.  I love working in pen and ink, so this was a treat.

As with all job, its vital not to infringe anyone’s copyright by making a replica of an existing illustration.  With a little additional research and the reference provided, it was easy to create these images.

They were to be an overview of gull anatomy in flight, on the ground, a wing, and two gull heads.  One head with the common black cap and one without. 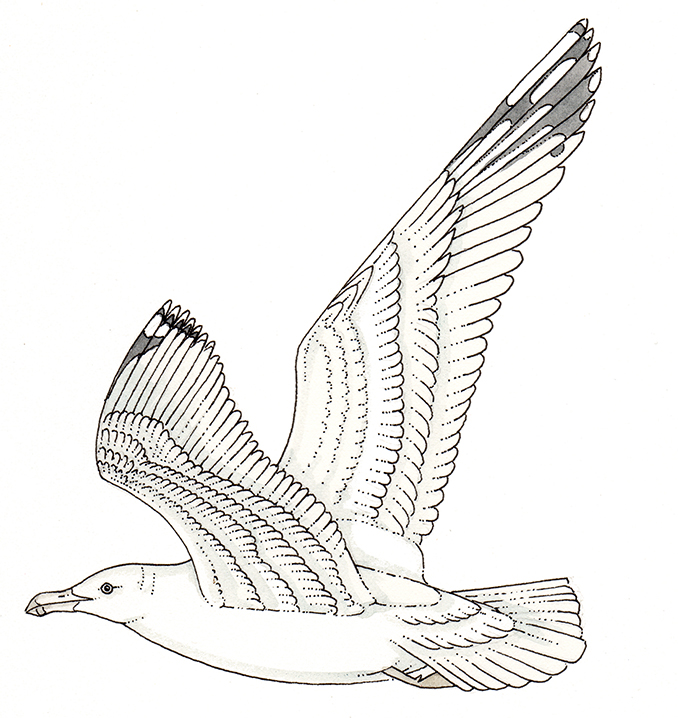 Anatomy of a gull in flight

I used my trusty Pentel P205 mechanical pencil to draw up the illustrations, choosing to do this onto watercolour paper (in this case Fabriano classico, but the new and less wonderful stock – for more on this see my blog on botanical illustration hot press papers).  Then I used a permanent ink felt tip (in this case a Uni pin fine liner 0.1). 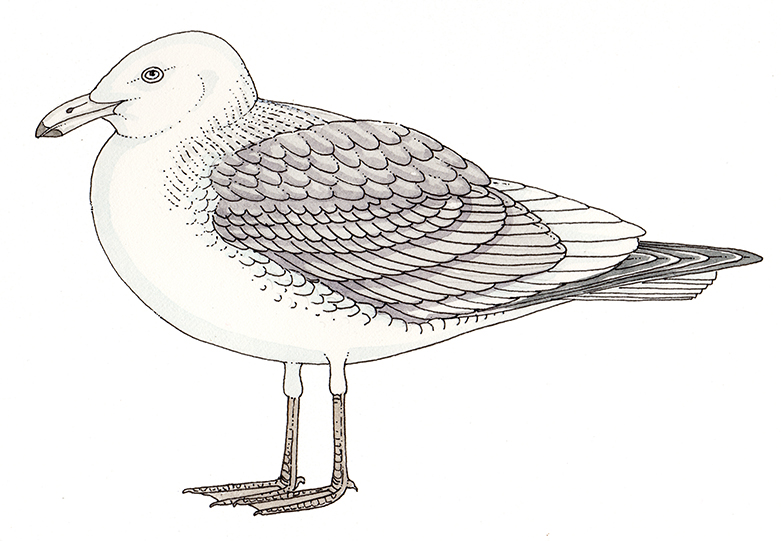 There was no need for shading or stippling.  However, I felt the illustrations needed a little more body.  I used very light watercolour washes to point out the differences in feathers, and areas of the bird that would be in shadow. 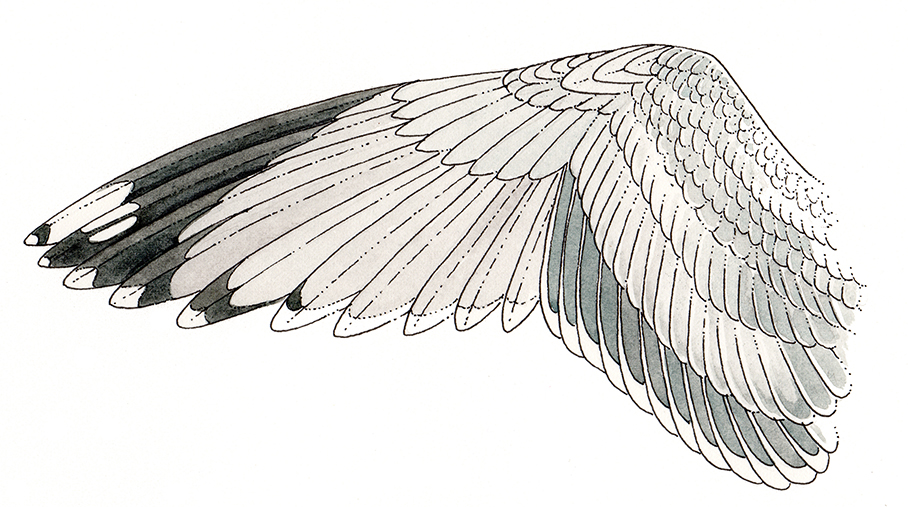 This wash was particularly useful with the gull heads as they made the illustrations less flat.  It allowed me to give the distinctive black head to the second image whilst avoiding heavy ink lines. 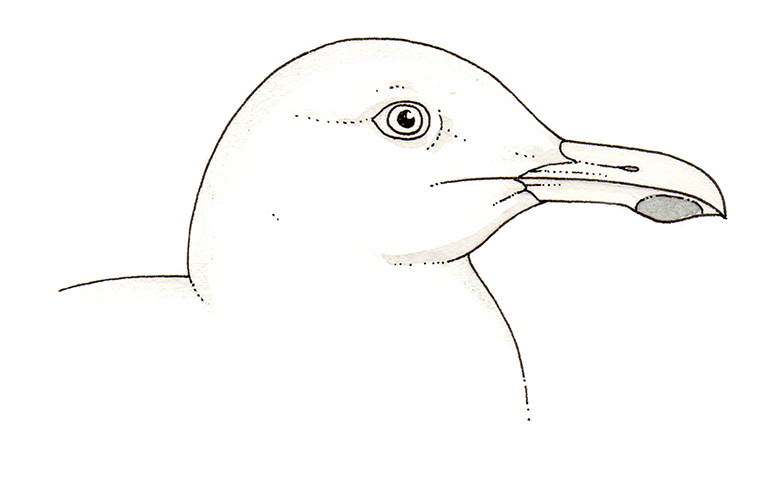 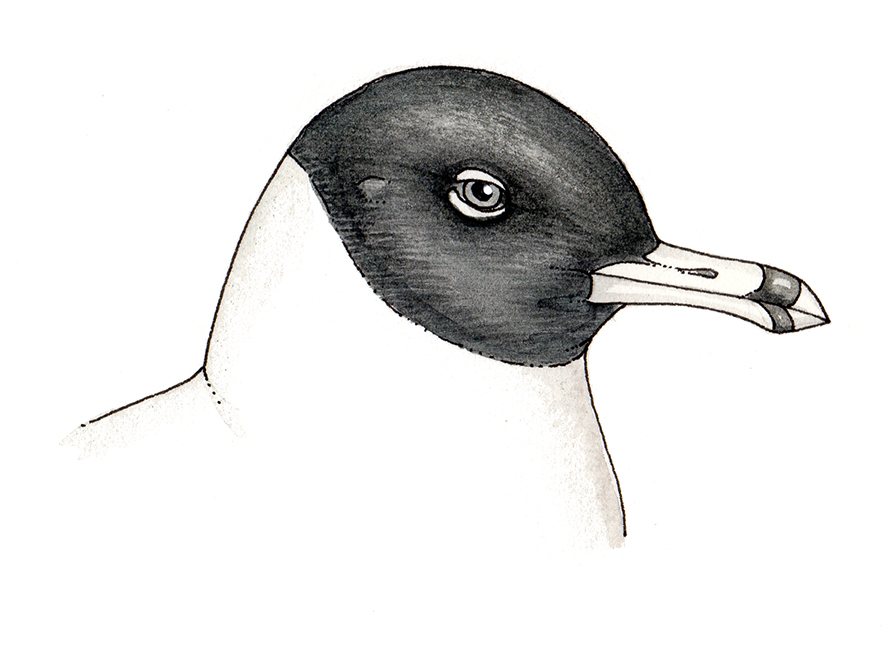 Completing all these illustration took a little over a day.  Luckily Bloomsbury were pleased with the result.  In theory all they now need to do is to add a few labels and annotations, and to settle the invoice!

As I say, jobs like this only come up every now and then.  Although they sound simple, they are bread and butter to a freelancer, and very gratefully received.