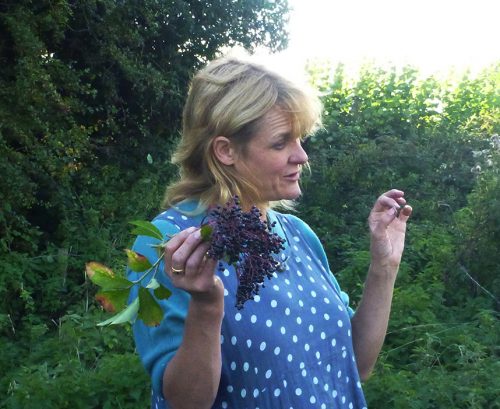 Despite supplying botanical illustrations for the natural history foraging classic “Hedgerow Handbook” by Adele Nozedar, and doing events together (such as at the National Botanic Gardens of Wales) I’d never had the chance to go foraging with her…until Monday. 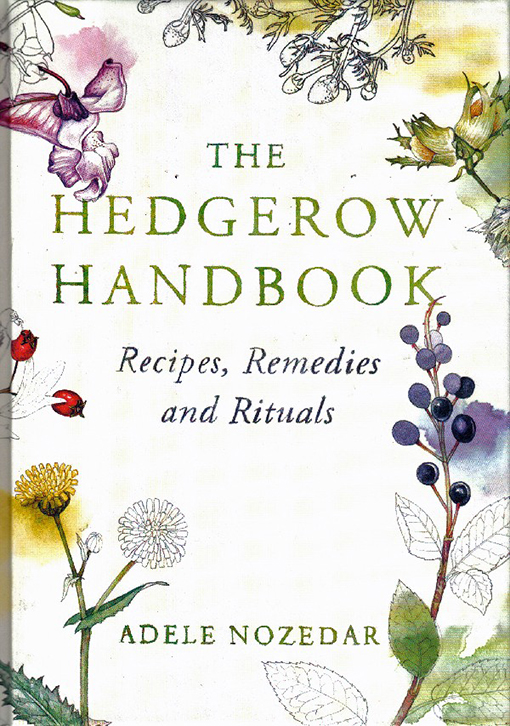 Cover of “The Hedgerow Handbook” by Adele Nozedar (illustrated by me)

A beautiful sunny autumn afternon saw a large group of kids and parents meet at Hay Primary School. We had foraged Himalayan Honeysuckle berries before leaving the playground! 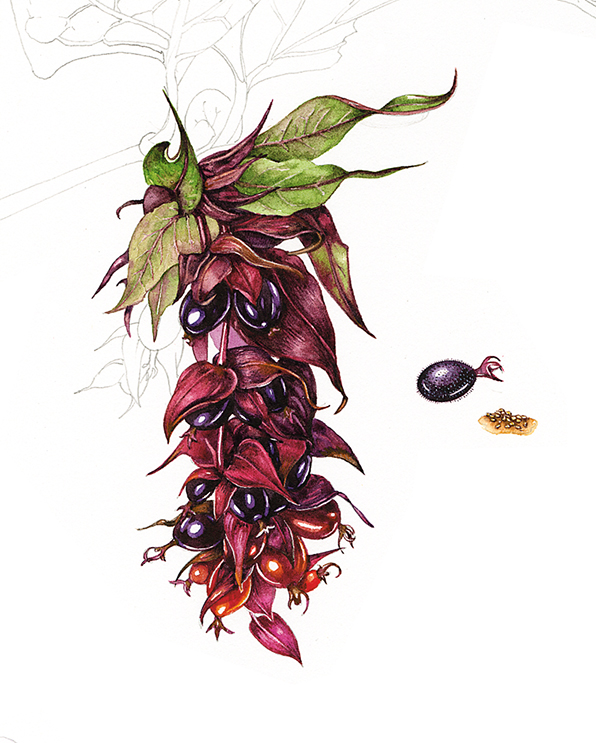 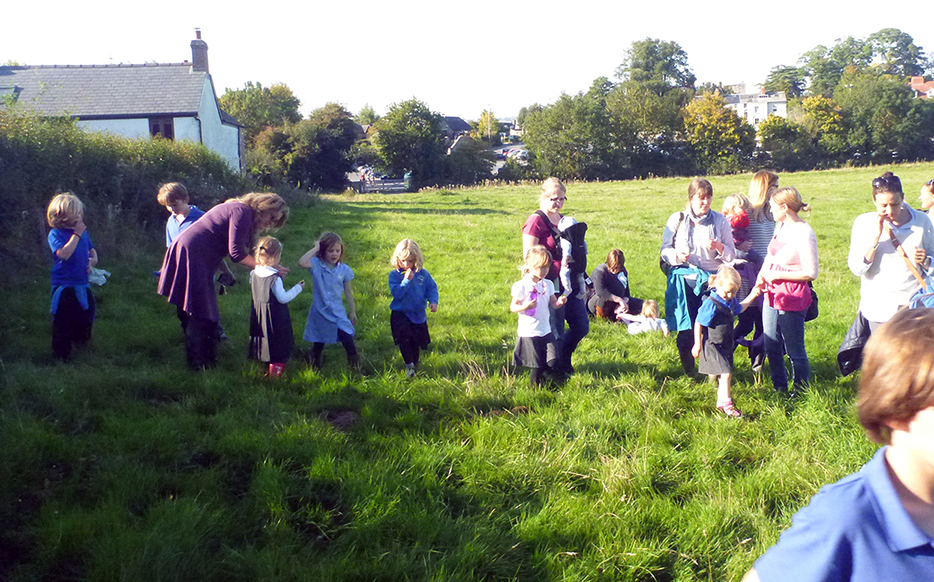 Group of foragers setting off across the fields.

Keen children, under the guidance of Adele, showed us adults how to eat raw nettles; and we tried rosehips and elderberries.

Foraging with Adele: Nettles and elderberries 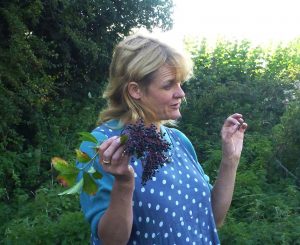 Adele telling us about elderberries, and warning the children not to eat too many at once (it can give you tummy ache). 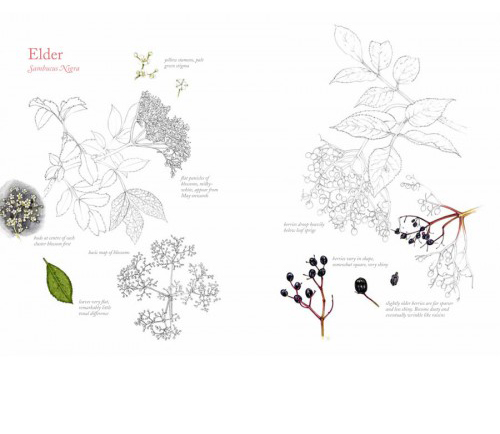 Here’s the page from The Hedgerow Handbook on Elderflower and elderberry Sambucus nigra.

In a nearby field we found sorrel which proved a big hit with adults and children alike. 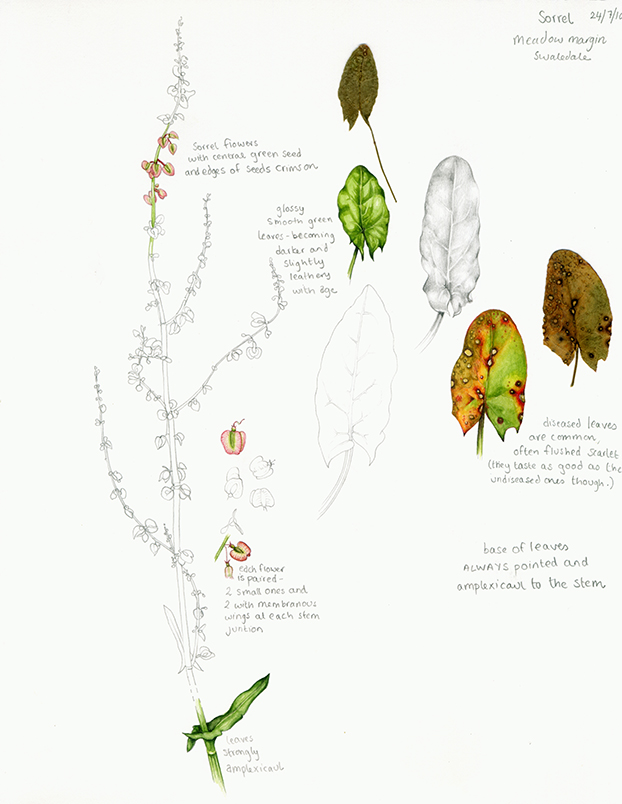 I think all of us will be having sorrel salads and soup for some time to come.  It being autumn, there were blackberries and hawthorn in abundance. 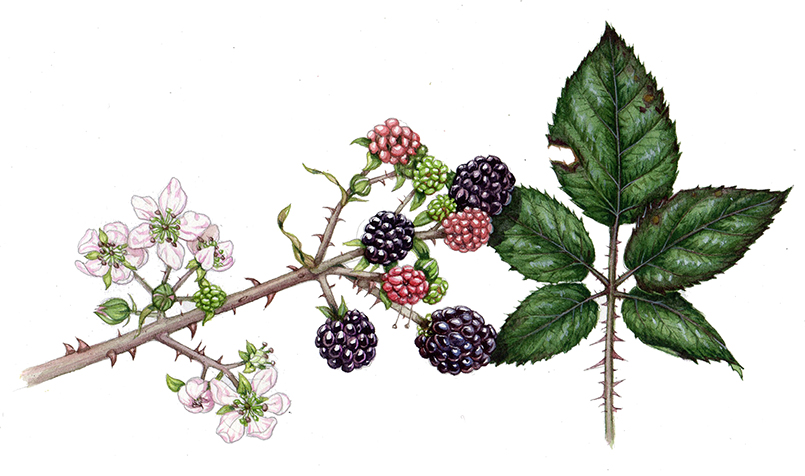 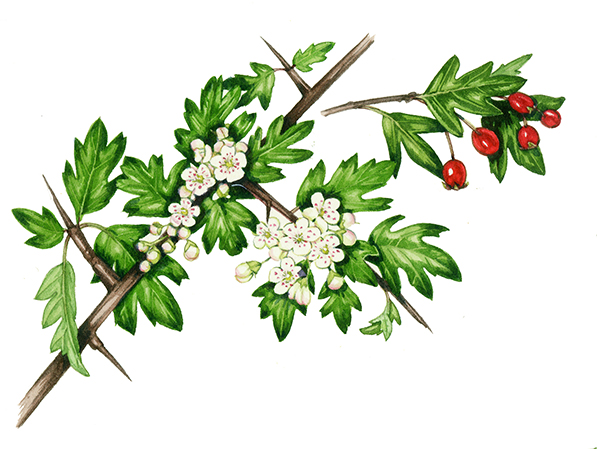 I was very pleased when Adele found some chickweed (also called Greater stitchwort). 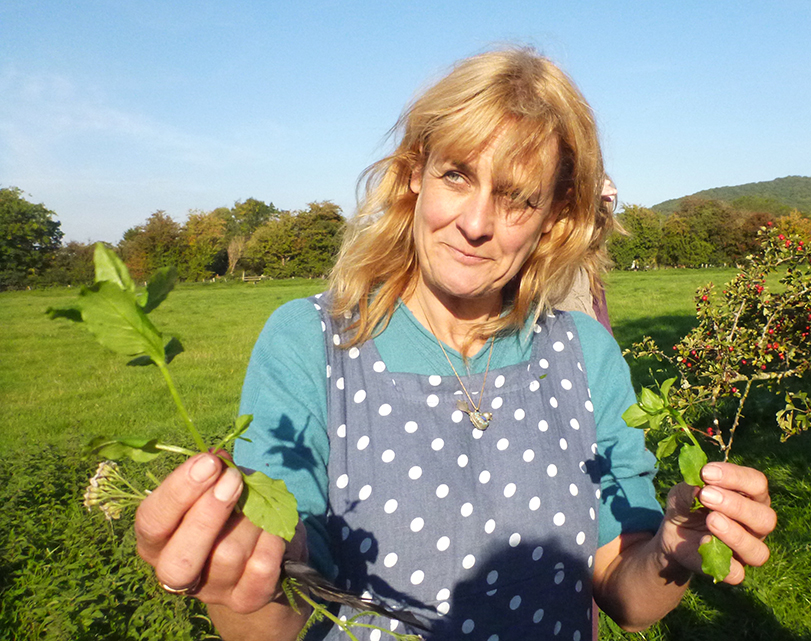 I know it’s edible, but had never actually eaten it before and am converted; it’s a bit like a cross between pak-choi and watercress and will be lovely and fresh in salads.

Adele is a mine of information; we learnt that yarrow leaves have psychotrophic effects, and that the leaves of the ribwort plantain are far better for soothing insect bites than dock. 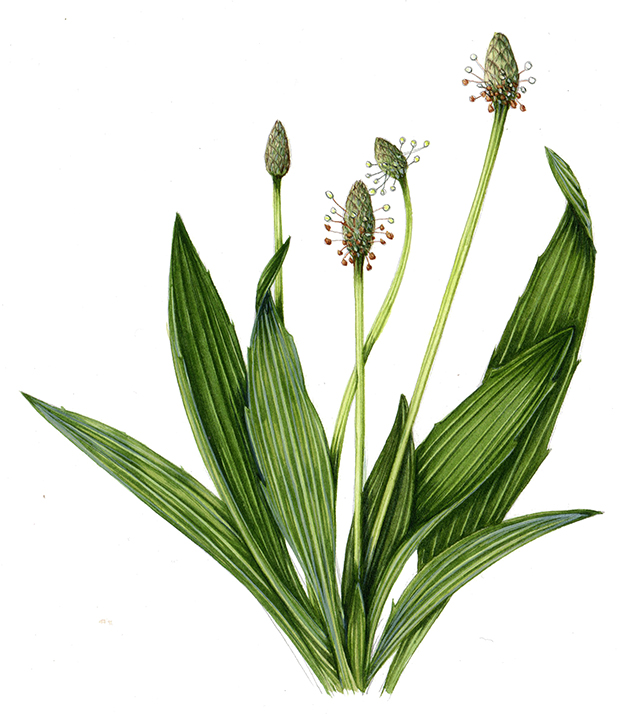 Adele is a mine of information; we learnt that yarrow leaves have psychotrophic effects, and that the leaves of the ribwort plantain are far better for soothing insect bites than dock. 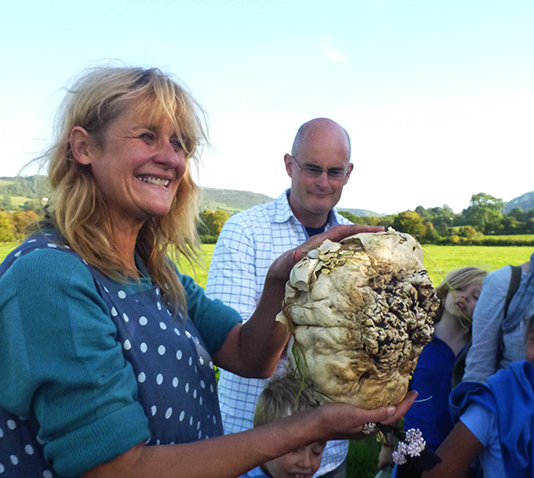 Adele with a puffball

We reached the far end of the field and realised we’d been foraging for over an hour and Adele had to go.  We all trailed happily home, stuffing our faces with elderberries and sorrel, sloes and rosehips.

It’s been a long time coming but I can say in all truth that foraging with Adele was well worth the wait; what a brilliant way to spend an afternoon!