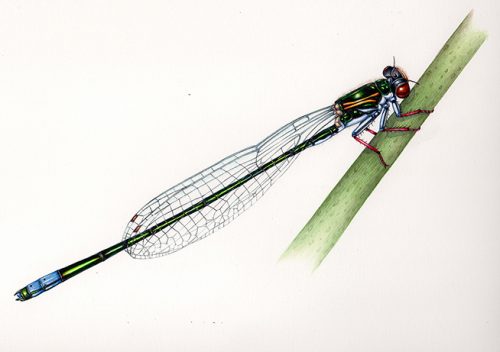 One of the more exciting recent natural history illustration commissions I’ve had is to complete a Sciart watercolour of a newly discovered species of damselfly.

I’ve illustrated damselflies before (see my blog) and even done a series of postage stamps on these insects.  This commission was different.

The insect in question is the Sarep sprite, Pseudoagrion sarepi.  As with all damselflies, it lives in and near fresh water  and was named after the SAREP expedition to Eastern Angola.  Although similar to a few other species it is indeed a distinct new species.  In fact, it’s one of 60 new Odonata discovered recently in Africa (for more on this amazing set of new species please read the report from Odonatologica).

Drawing up the Sarep sprite

There was no living or dead specimen to work from, but a couple of good photos and an accurate written description proved enough to go on. 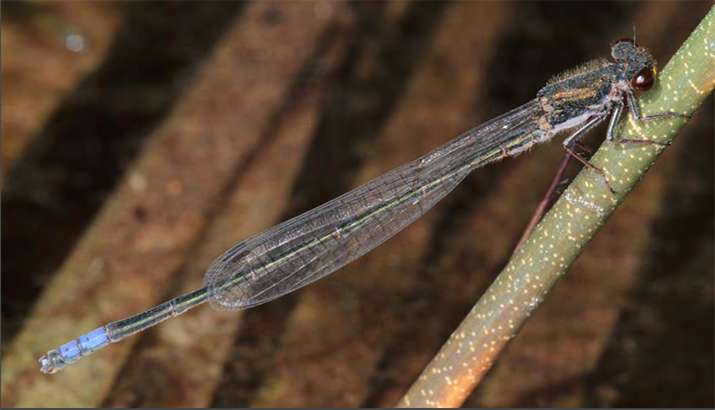 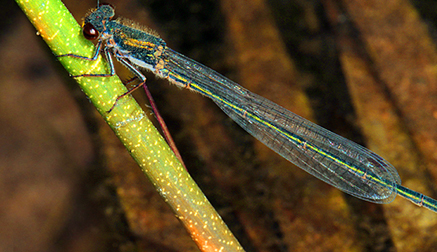 Photographic reference of The Sarep sprite


As always, the first step is to draw up a pencil rough.  I referred to some anatomical drawings to be sure I got the wing venation and details of the leg hairs more or less correct. 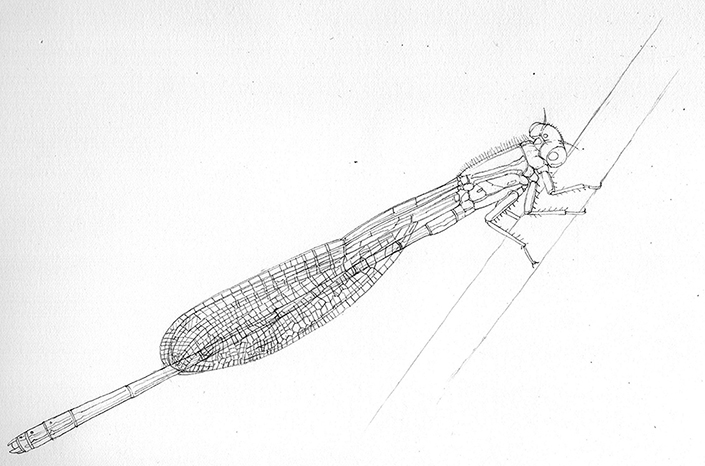 Pencil rough of the Sarep sprite

In this case, the colour needed to be accurate, so I did a quick colour rough for the client (who was radio-collaring zebra in the field in Malawi!  Not like I’m jealous or anything!) 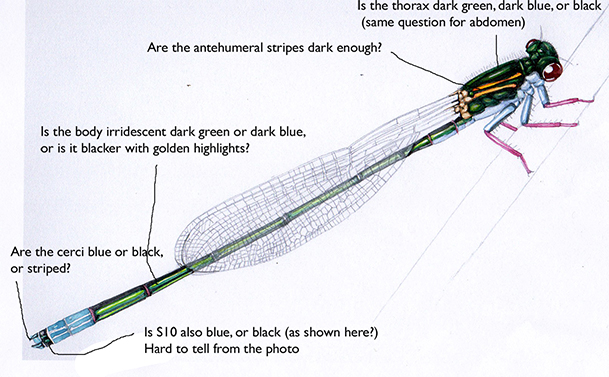 Colour rough of the Sarep sprite with queries

Adding colour to the body of the Sprite

My queries duly answered, I got going on the illustration.  Despite the body of the damselfly being small, the trick is to try and convey the iridescence.  I normally represent iridescence by moving from dark to bright then white areas (for more on this see my blog). This is tricky to do in a tiny area like the thin abdomen of a damselfly, so I used a really small brush (Winsor and Newton series 7 size 000). 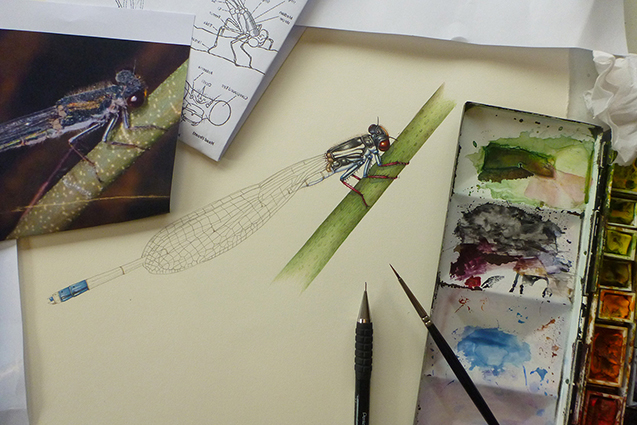 Once I’ve finished with the body I move onto the wings, painting in the veins first and finally giving a suggestion of the transparent “panes” with pale blue and yellow paint washes. 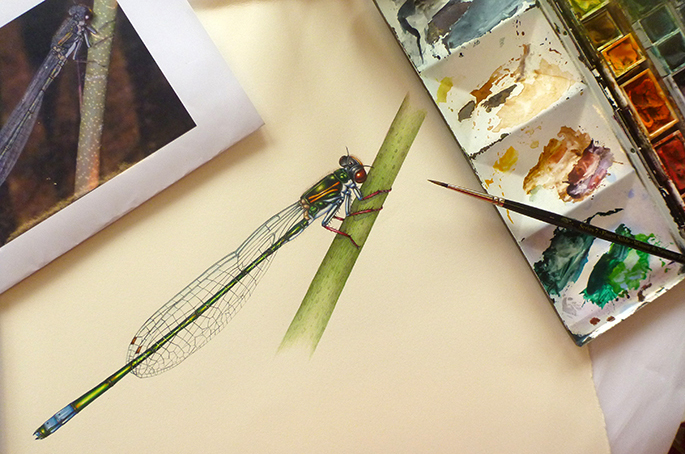 Once I’d completed the illustration I sent off a scan to the client, querying the yellowness of the body.  She decided the body was a darker green. 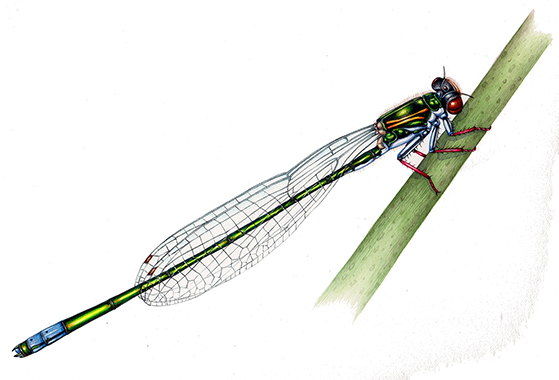 Darkening the green of the abdomen without losing the glittery iridescence was tricky.  However, with a judicious mix of indigo and purple I managed to knock back the bright grass green to something a little more subdued, without compromising the areas of shine.

The most exciting aspect of this job was knowing I was painting a species which had never been drawn before.  That is a real honour.