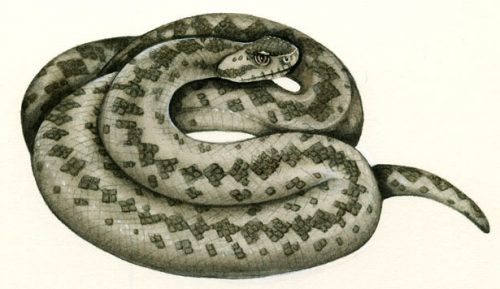 There are over 8,000 species of reptile on earth; Britain has only six of these, and three are snakes.

Natural science illustrations of snakes and reptiles are always a challenge.  This is due to the problems presented by  illustrating their scales.  This does not diminish my affection tor them.

Two of these three snakes are common across Britain.  The third (the Smooth snake Coronella austriaca) is only found on southern heathland.

Snakes of the UK: Grass snake

First up is the Grass snake (Natrix natrix). This snake is common and found throughout the UK.  It is 70-100cm long and is our largest snake. Non-venomous; it can be found in damper areas near water, like streams or canal banks.  You may find it near garden ponds.  If you ever see a swimming snake, it’ll be the Grass snake.  Greyish-olive, with black markings; it also sports a distinctive bright yellow neck collar. Unusually for snakes, it has a round pupil.  Most snakes’ pupils are slit-shaped. 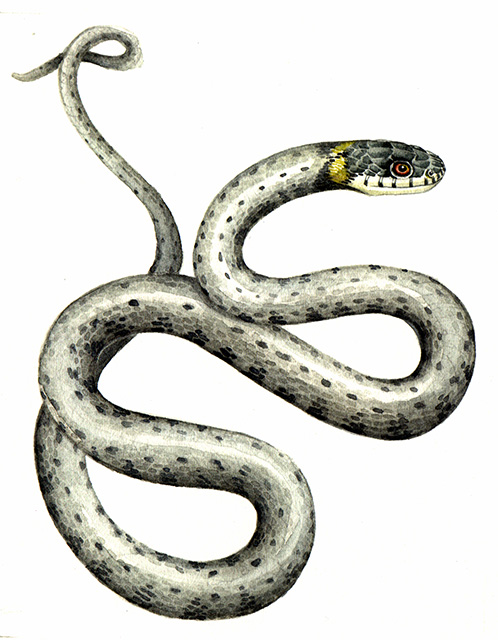 Like all British snakes, the Grass snake hibernates from September/ October.  They  emerge again in late April or May, in warmer weather.

Snakes of the UK: Smooth snake

Our next British snake is the Smooth snake (Coronella austriaca).  Smooth snakes are one of the rarest animals in Britain.  It is only found in Southern heathland.   It is greyish brown with a darker heart shaped mark on the top of its head.  Again, this is a non-venomous reptile. 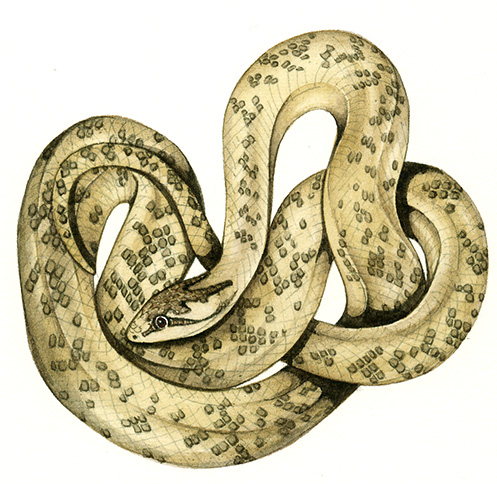 Smooth snakes reach 70cm in length.  They and feed on small mammals and lizards.   Using the coils of its body, it constricts these prey.

Snakes of the UK: Adders

The adder is venomous, and its bite can be painful to humans.  However,  it’s far more likely to try and escape than to attack us. 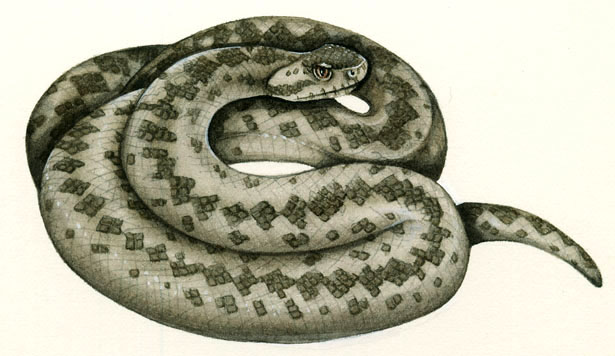 The best time of year to hunt for these animals is on the first warm days in March or April.  Freshly emerged from hibernation, you might catch them basking in the sun. Because of this love of basking, late in September or October can be another good time.  This is right before they go into hibernation.  Look for them basking in patches of sun, on a log.  Examine the the warm micro-climate created under an old sheet of corrugated iron. They like it there.

For more on British reptiles, please look at the Amphibian and Reptiles Conservation page (ARC) or the Wildlife Trusts UK website.  All British reptile species are protected by law.   It is a criminal offense to deliberately harm, kill, or trade in them.

There are only three British snake species, and every time I see one (mostly just the flicker of a disappearing tail) I feel thrilled to be sharing the countryside with them.

For more on British reptiles, have a look at my blog on Lizards.