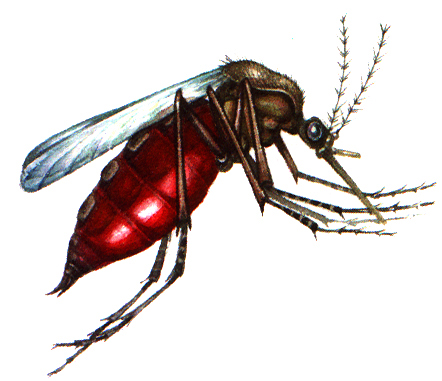 Natural history illustration involves learning about the animals and plants you draw; and recently I drew a parasite.  This got me thinking about parasites in general.   What a  diverse group of plants and animals practice this form of feeding!

Looking through my files I can’t find many parasitic plants or animals illustrated.  This interests me.  Why aren’t they commissioned more frequently?  Do people find them disgusting (see my earlier blog for more on this)?

I’m choosing a handful of species to consider, which give an inkling of the diversity of parasites out there.

Plants which are Parasites

Plants can be parasitic.  Dodder is common on many plants, and is instantly recongnizable with its crimson thin stems. It begins with a conventional root but inserts itself into the vascular system of the species it’s parasitising.  Then its root becomes obsolete.

Mistletoe is a tree parasite.  (It can also create its own energy by photosynthesis and is thus only hemi-parasitic).  Another good example of a parasitic plant is the birds’ nest orchid. These parasites are strange because they parasitize a fungi that is itself a parasite of beech trees.  (Parasites are parasitizing a parasite!)  They are referred to as ‘myco-heterotrophs’ and live underground in beech woods, only showing their pallid flowering spikes in summer.

Nematodes, or round-worms are incredibly common animals.  Many are parasites, and live in the intestines of other animals such as birds and mammals, one species inhabits the guts of the sperm whale.  Many are serious parasites to humans, such as the Wuchereria bancrofti which causes elephantitis. 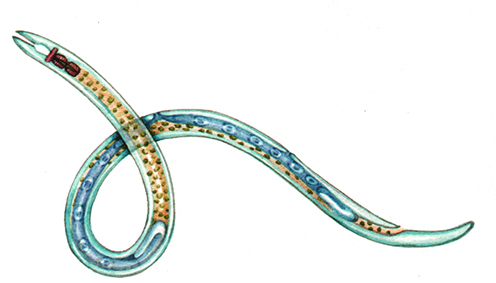 The leech is a parasite, feeding on blood of vertebrates and invertebrates, and found in fresh water. 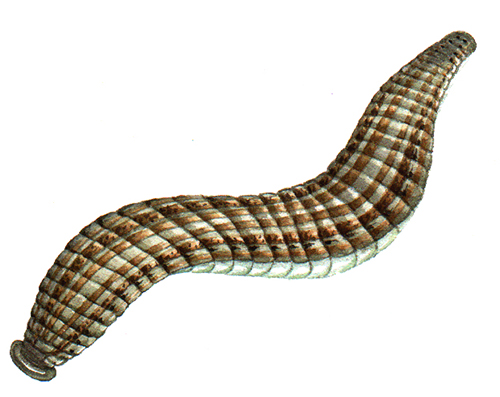 The medicinal leech used to be collected so patients could be “bled”; nowadays they’re still used medically, to control swelling and help with re-attachemnt of limbs during surgery.

Insects can also be parasitic.  Take the ichneuman wasp, Rhyssa persuasoria.  It’s latin name translates as the “persistent robber”, and for larvae of wood boring beetles and flies it’s more than a burglar, it’s a killer.  The wasp inserts her ovipositor into dead wood and feels for larvae living there, where she deposits her eggs.  These hatch out and feed off the unfortunate larvae, thus killing them. 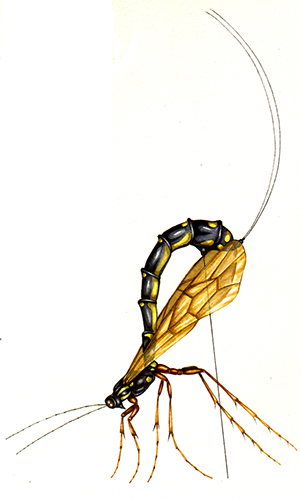 Vertebrates can also be parasites.  The cuckoo is a famous brood parasite, laying eggs in the nests of much smaller birds such as the reed warbler. 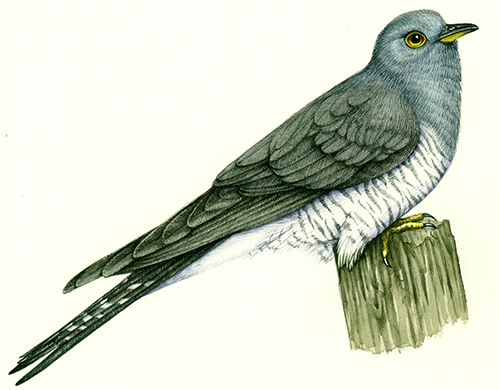 The cuckoo egg hatches earlier than those of the parasitised bird; and evicts the other eggs from the nest by heaving them over the edge with their backs.  The parent feeds the cuckoo as if the bird were its own offspring; and the young cuckoo appears massive compared to its diminutive “foster parent”.

The most lethal parasites for mankind?

The last animal I want to consider is certainly a pest; the blood-sucking female mosquito. However, it is less the insect and more the parasites she carries which are of interest.  These mosquitos are vectors, or host-carriers, for a whole range of human diseases caused by parasites.  Dengue fever, elephantitis (see the nematode above), Yellow fever, and of course malaria are all parasites transmitted by the bite of a mosquito.

Of these, malaria is the most deadly, causing “around 2 million deaths annually” (The Centers for Disease Control).  The parasite in question is a protozoan called Plasmodium falciparum and is carried by the Anopholes mosquito.  Once within the human blood-stream, the protozoan takes different forms to inhabit the liver and colonise the red blood cells.  It’s a complicated life-cycle with many stages; but without the mosquito vector, P. falciparum would no longer be a threat to humanity.

Plant, nematode, annelid, insect and bird.  Fungi can also be parasitic.  Just a very, very few of the abundance of parasites living on planet earth.  And I look forward to being asked to illustrate more of them as the years go by; such a universally successful approach to life is a thing I’d enjoy exploring through my illustrations.