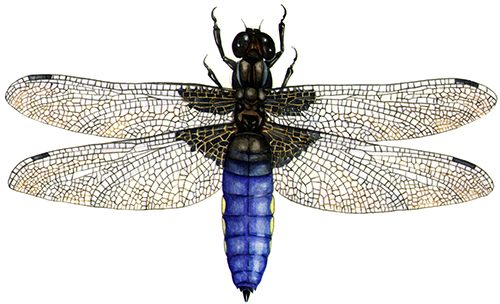 Following on from my natural science entomological illustrations of damselflies last week; this week I’ll be looking at common British dragonflies.

I really learnt to love these amazing animals whilst working on a series of postage stamps for Jersey Post (see my blog on this “dream job“); and this affection continues.

Dragonflies are glorious insects, but sometimes identifying them can be tricky as their colours are highly fugitive; once the animal dies its’ colours fade swiftly.  For details of all these species and their distributions, I find British Dragonflies by Smallshire & Swash an invaluable reference. If you also refer to the resources available online through the British Dragonfly Society (BDS) dragonfly identification should pose no problems. 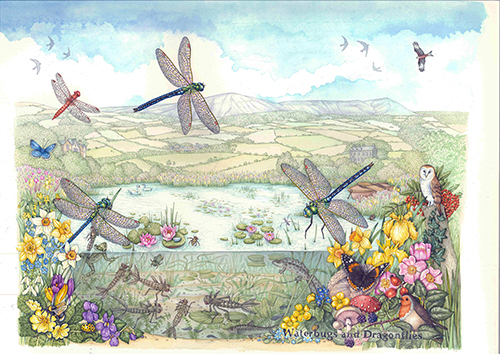 Emperor and Common darter dragonflies in an idealised landscape

Below are five of the commonest British dragonflies.  There are 30 species in the UK, and all are members of the Anisoptera family. Unlike the weaker flight of damselflies, dragonflies are large and strong fliers.  Their hind wings tend to be shorter and broader than theri fore wings, and are held at 90 degrees to the body (not folded along the abdomen as with damselflies).  They have broader bodies,  and are less likely to stay close to water; they may be seen flying and hunting for insect prey a long way from the nearest lake or pool.  Their eyes will meet, at least at one point and often seem to wrap round their heads like enormous glasses.  Their larvae lack the three external gills (lamellae) seen at the end of the abdomen of the Zygopteran damselflies. 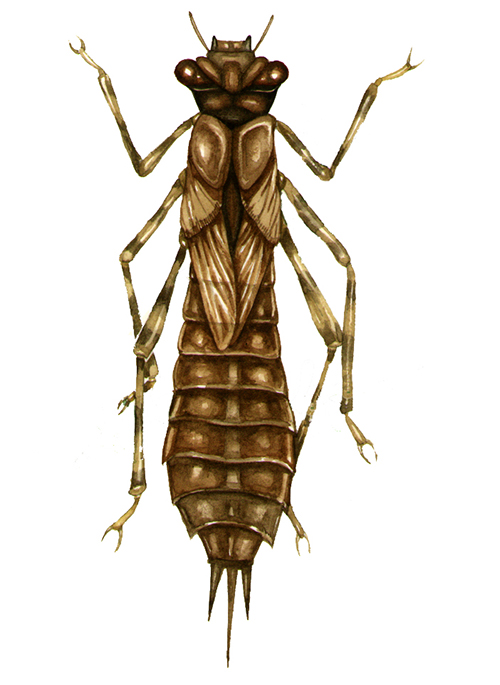 Simplified illustration of a dragonfly nymph

The most instantly recognisable (and largest) British dragonfly is the Emperor, Anax imperator. It has bright green and azure blue markings, and flies high above the water, defending its territory.  As with the damselflies, all the illustrations are of males. 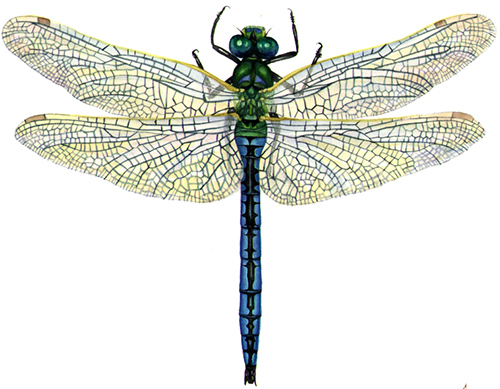 The four-spotted Chaser Libellula quadrimaculata is predominantly brown.  It has a dark wing spot on all four wings; and a yellow margins down the sides of the abdomen.  You can see irregular yellow-lined shaped on the early abdominal segments; the terminal ones are black.  The hindwings have dark patches at their base. 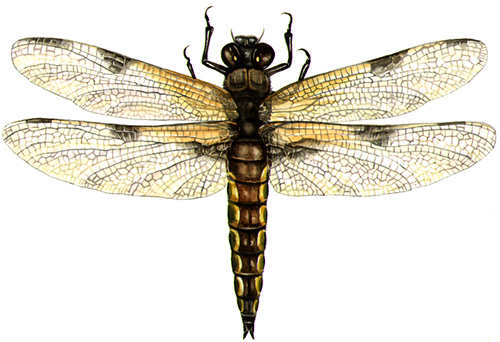 The Black tailed skimmer Orthetrum cancellatum has blue-green eys and a beautiful powdery blue abdomen which tapers neatly to a point.  It has orange semi-circles along the edge, and may be darker towars the tip.  The thorax is brown and the wings are clear, lacking the dark wing-bases seen on the similarly coloured Chaser species. 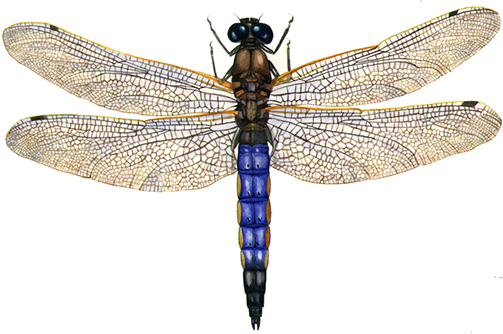 Another blue dragonfly is the Broad bodied chaser, Libellula depressa. They have dark bases to their wings, but their most recongisable feature is their flattened abdomen which is wide and sports yellow edges.  Eyes and thorax are brown.  They’re always on the look out for new territories and will often be the first Odonata species to colonise a new pond. 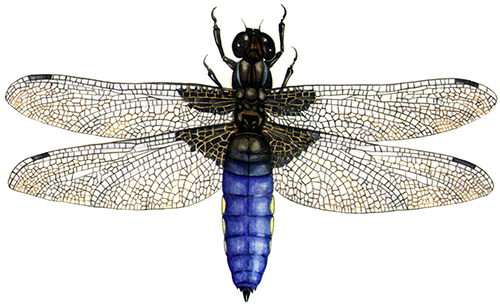 The last common British dragonfly I’m considering is the Common darter, Sympetrum striolatum. This is a red insect with a brown thorax and head.  Its legs and eyes are also brownish, but the legs may be striped with yellow.  The thorax has two panels of yellow, divided by a band of brown.  There may be little areas of yellow at the wing bases.  It can be seen into autumn as it basks to raise its body temperature. 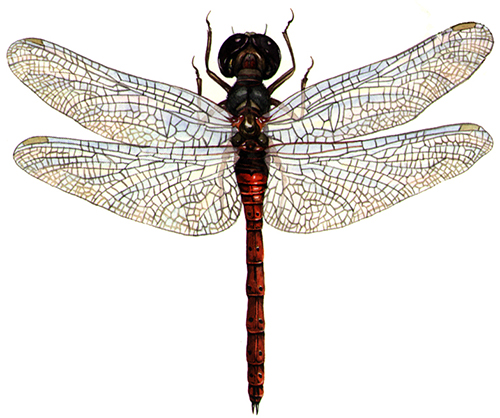 These are a few of the most abundant of the British dragonflies, but are only 5 of the 30 or so species which are recorded in the UK annually. They’re hard to miss when patrolling or hunting over still water, and may be a long way from the nearest pond or lake.  A useful field guide is the Field Studies Council “Guide to dragonflies & damselflies of Britain” .