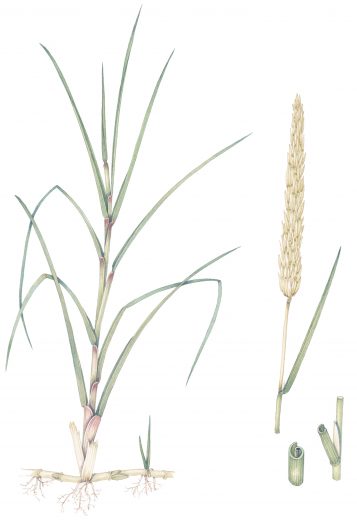 Marram Grass, Ammophila arenaria (Poaceae), grows readily on sand dunes across the UK and helps them withstand erosion from wind and rain.  It is a plant that binds sand together and makes it possible for other coastal plants to colonise dunes.  It dominates mobile sand dunes.

Marram Grass defeats the high tide; the evidence is the irregular channel full of driftwood that runs along the base of the dunes.  I visited Burnham-on-Sea after a winter storm, and was surprised at how heavy some of the pieces of driftwood were, discarded high up the beach. Some were large, long branches. They convey the power of tides and the sea to me. 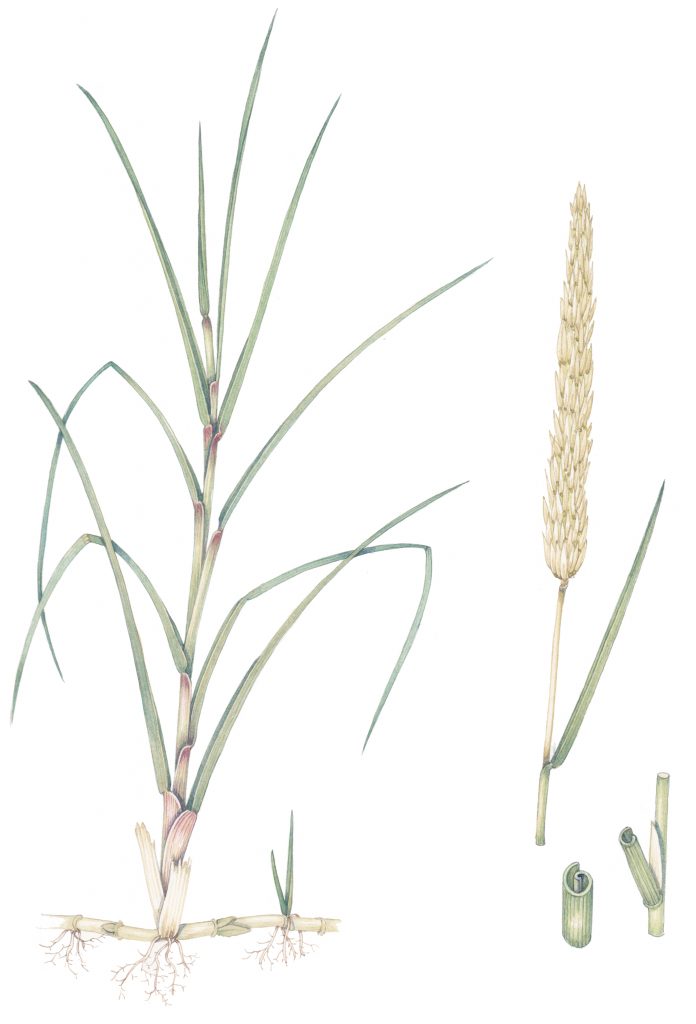 A tight network of Marram Grass roots was exposed where the sand occasionally gave way. The Marram Grass was already recovering, putting up fresh shoots. Sand moved by the next wind and storm will bury these roots again.  Roots seem not to be exposed as often in the calmer summer months.

Below is a detail showing the thread-like roots which hold the sand dunes together, along with the rhizome.  These horizontal roots help colonise the dunes, putting up shoots and helping tie the substrate together.

There are many different levels and stages of vegetation and colonisation in a sand dune.  The plants below are from the dunes at Burnham-on-Sea.

Seasonal variations occur too, there’s a wider variety of plants to see in the summer when the salt spray is less fierce and does less damage.  For more on plants which tolerate salty conditions (Halophytes), please take a look at Lizzie’s blog).

We’ve seen that the Marram grass is the first line of defence, stopping the sea in its tracks at the base of the dunes, and binding the sand together with its roots.  In winter, following a storm, what’s growing a little further up the dunes?

Sea Buckthorn, Hippophae rhamnoides offers the second line of defence against the sea. It grows into a tough and impenetrable thicket. 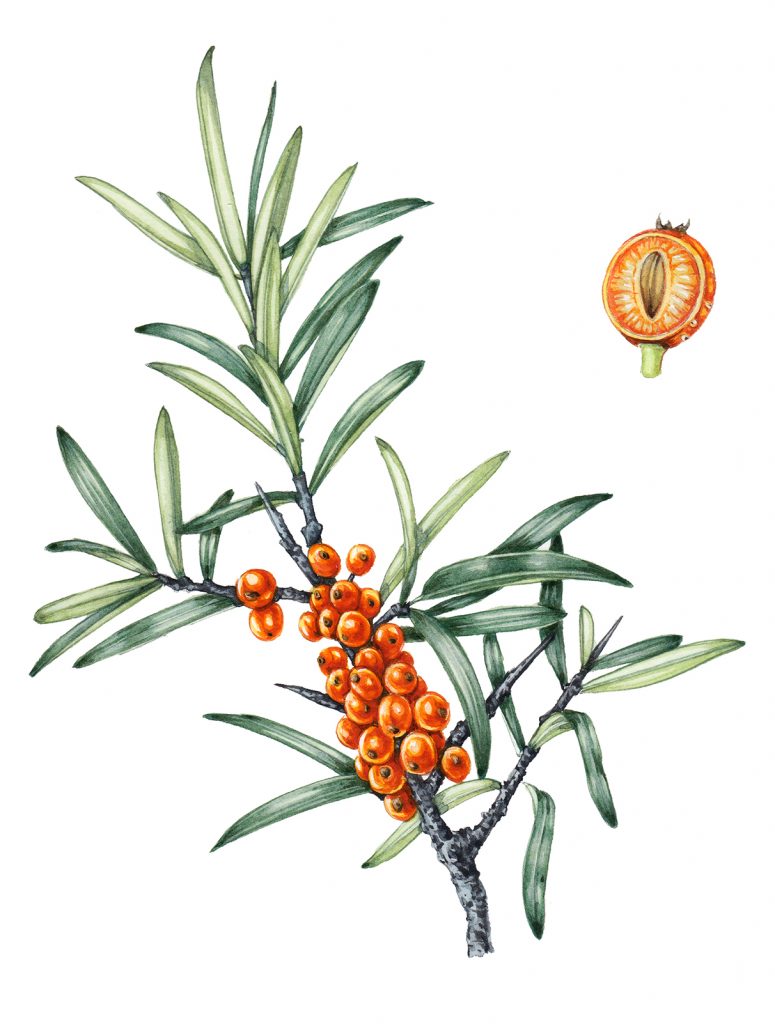 Sea Buckthorn and its berries survive the winter storms, although it is leaf-less through the colder months.  Euphorbia paralias, Sea Spurge had also weathered the storm in patches, protected by Marram Grass. Where it wasn’t protected, it showed signs of burning from the salt spray. 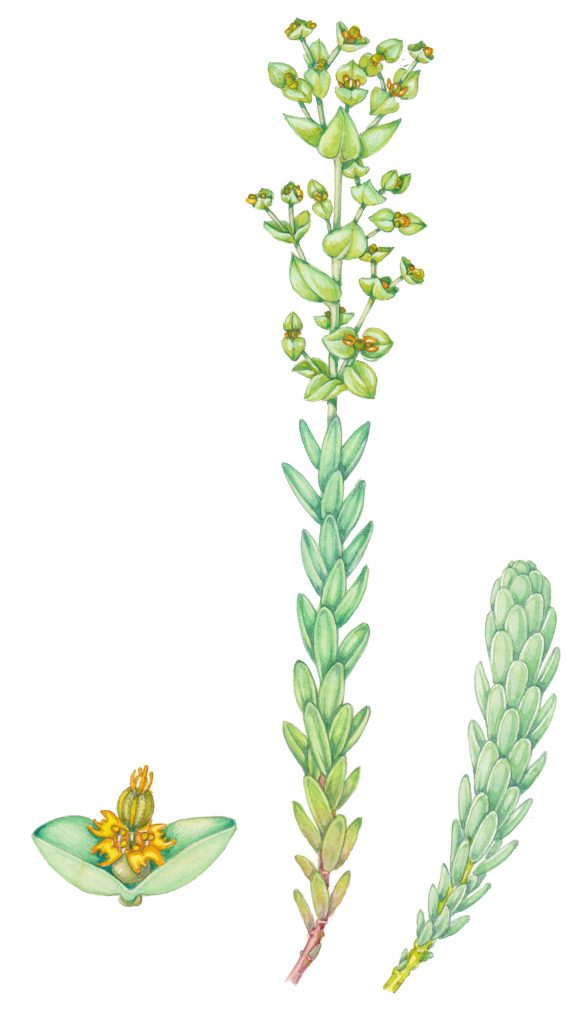 Other species only appear to thrive during the spring and summer, when the sea spray is less violent and life is a little less extreme.

Sea Radish, Raphanus raphanistrum ssp. maritimus is common in summer but scarce and bedraggled in winter. 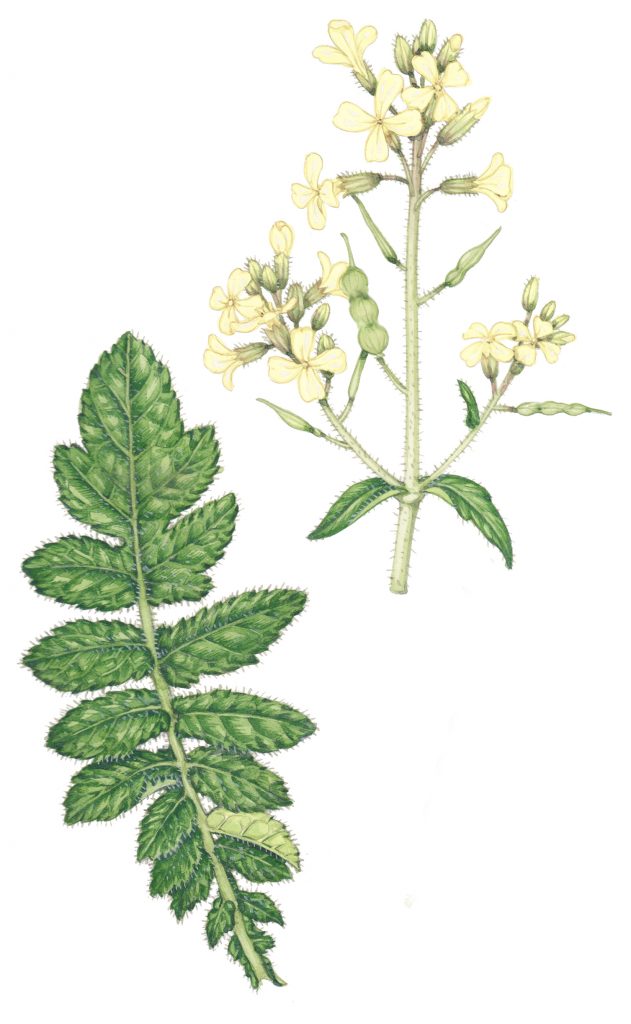 Sea Rocket Cakile maritima and Prickly Saltwort Salsola kali are abundant in summer, but none was seen on my post-storm winter walk.  These plants are all well-adapted to the salty, sandy environment and will no doubt be back next season. 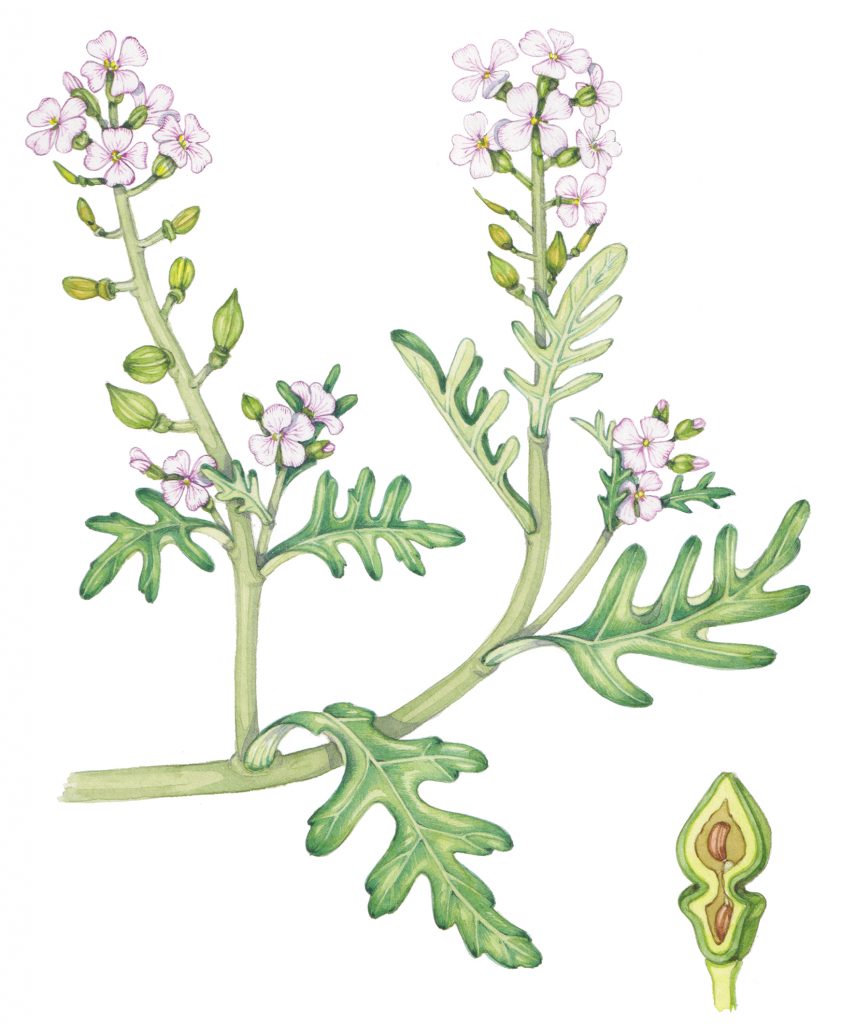 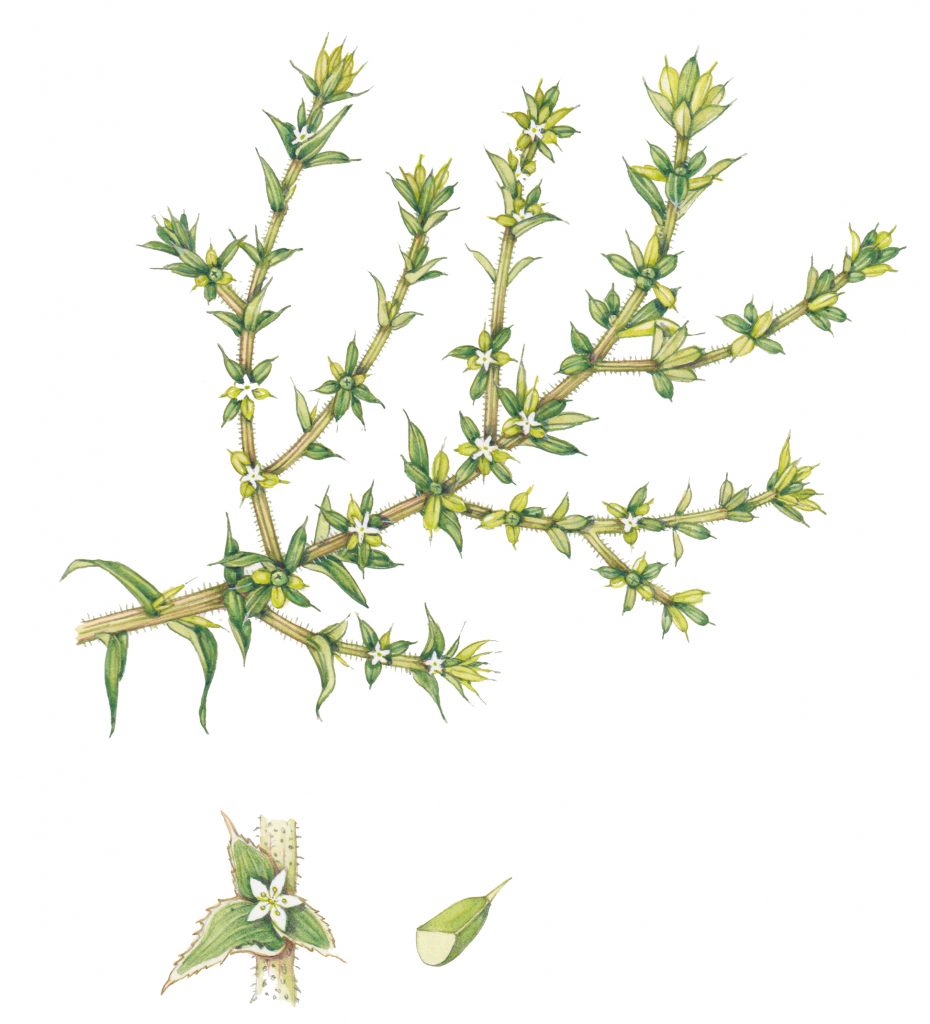 After my post-storm walk, I returned home with extra admiration for the resilience of Marram Grass compared to man-made, concrete sea walls.